Hungary is located in the middle of Europe, in the Carpathian Basin surrounded by the Carpathians, the Alps and the Dinara Mountains. The territory of the country is 93,030 square kilometres, covering about 1 % of Europe.

The population of Hungary is around 10 million, 20% of the population lives in the capital Budapest. The Hungarian capital is one of Europe's fastest developing and most attractive capitals, which attracts millions of tourists every year from all around the world.

Almost three quarters of the country's territory is a low plain, one fifth is hilly with the maximum altitude of 400 metres, and approximately 5% of the country is mountainous.

The highest peak in the country is the Peak of Kékes in the Mátra Hills, rising up to 1015 metres. The Great Hungarian Plain (Alföld) and the Small Plain (Kisalföld) are flat, the Zala and Somogy hills, the Tolna ridge in Transdanubia are hilly areas, while the mountains are represented by the Sopron and the Koszeg mountains, the Mecsek, the Transdanubian and the Northern mountain ranges. 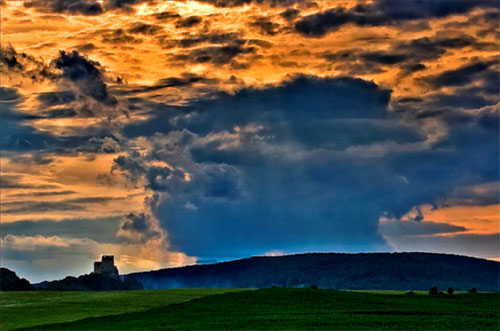 HÉVÍZ the biggest natural thermal lake of the world

Lake of Hévíz is one of the largest natural and also biologically active thermal lake of the World. The physiotherapy applied here is based on the medical water. The name of the lake means hot water and it can be found in the west part of Transdanubia, near to the western end of Lake Balaton. It is situated in a valley between two hill-ranges of North-South direction and the actual water level is 109,39 metres. Hévíz spa is built on the eastern slopes of a hill on the west side of the lake.

The history of the lake goes back to the beginnings of the geological Middle Ages. Hévíz is the very last spring on the South-west of the karst waters stretching along the dolomites and karsts of the upper triassis of the Transdanubian mountains. We have several evidences to prove that the thermal water didn’t spring on the recent water level but much higher than that. It started about 20-22 thousand years ago at the same place as it is today probably at the same time as lake Balaton was forming. The rising water first was flowing into lake Balaton. As an effect of climate changing the water level of Balaton was lowering. In the former basin of the lake peat was created from the plants living there before. As a result of this procedure the bottom of the lake, as well as the swamp around it consists of thick peat.

The spring of the lake with its 45.000 m2 s water surface, rich in minerals, is at the bottom of the vertical sand wall, 38,5 ms deep. The width of the spring-cave of the lake in Hévíz is 2-3ms, its height is 60-80 cms. This narrow hole is actually the gate of the 14-17 metres wide hole, the so- called Amphora room. The room is divided by a mud layer. Two springs come up from here. A karst water spring of 26,3° degr. C on the east side and a hot water thermal spring of 41° degr.C on the west side. The waters flowing into the crater consists of approx. 10 % of cold and 90 % of hot springs.

The spring, which is continiously feeding the lake, keeps it moving all the time, and the water coming up from the depths is moving towards the shores with slow, circular movements. As a result of the difference of the temperature of the waters and the air, the water cools down on the surface a little bit and it flows downwards due to its higher density. Meanwhile the whole mass of waters moving slowly to the right with a tubular movement. The water of the lake is lead to river Zala by two canals and from there to lake Balaton.

As an effect of its rich geohistorical past and geological qualities, the spring-lake is in such an organic water-geological unity with the surrounding swamps and moor world that it owns a very specific, very unique flora and fauna. The biological experiments showed that Hévíz has its own flora and fauna, typical for the hot spring and among them some interesting species can exclusively be found here inside Hungary or even Europe (1). Some characteristic microorganisations such as seeweeds, algs (especially blue algs) sulphur bacteria, Micromonospores and Streptomyces species. The microorganism of the water and the mud and its terminal products of its circulation contribute to the great medical effect of the lake to a large extent. The fauna is varied, from small monoplasms to vertebrates you can find various species in the lake. The most spectacular species of flora are the water- lilies having been settled here in 1898 by Sándor Lovassy. The natural forest groups around the lake were significantly changed by artificial forest planting which started at the beginning of the 20th century. You can find numerous moor cypresses around the lake.

The heat of the water and its medical effect is protected by a 50 ha large wood from the harmful effects of the outer environment and civilisation. Resulting from its situation and its relief conditions the number of wind-free days is very high. Due to the protecting woods the wind protection of the lake is even higher. The highest rainwater level is measured here in the area which is 679 mms per year. The temperature is balanced, too thanks to the continuous heat radiation and the evaporation of the lake, so summers are not too hot and winters are mild. The climate all around lake Balaton is similar to the Mediterranian climate and inside this the climate of spa Hévíz is submediterranian.

Due to the heat radiation of the large water surface and the evaporation of the thick flora there is often fog here. That is a speciality of the microclimate here. On a less windy day this steam covers the lake and its surroundings, in the form of a hemisphere making it possible to bath outside in winter time as well.

This valley with its comparetively dust free air full of steam contributes to the medical effect. 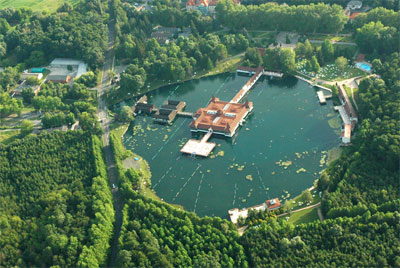 Lake Balaton is the largest freshwater lake of Central and Western-Europeand an important destination for domestic and international tourism. The lake is 76 kilometres long, its width varies between 1.5 and 13 kilometres; the water surface is 596 square kilometres. The average depth of the lake is 3 metres, with the exception of the Tihany peninsula, where the lake bottom plummets to 11-12 metres. The lake is supplied by the River Zala and some springs, and the surplus water is carried to the River Danube through the Sió canal.

Lake Balaton is an established holiday area mainly visited by families with children. There is a 210 km cycle path around the lake which gives you the chance to make a "Tour de Balaton".

Lake Balaton is an ideal spot for water sports such as sailing, windsurfing, kiting and kayaking. The 42 different kinds of fish in the lake are just waiting for fishermen. Several sights, such as the ruins of Szigliget, the Festetics Manor-House (located in Keszthely), the fortress of Sümeg, Kis (Little) Balaton, the Balaton Museum (located in Keszthely) are attractions to visit while you are staying in the region.

There are 5 wine regions around the lake, and the wines of the Balaton region are internationally known and also strongly attached to the world famous Hungarian cuisine. Badacsony (the biggest wine hill of the region) is famous for its white wine called Grey Monk, but other sorts like Chardonnay, Riesling, Muscat and Ottonell are also typical of the Badacsony wine region.

The landscape, the Hungarian hospitality and the reasonable prices are good arguments for a visit to the "Hungarian Sea".

We hope, these information help you to get the most important details about Hungary, however we believe, our country has so much beauties to offer its visitors.
For any further quieries, please feel free to contact us, we are always glad to help you. 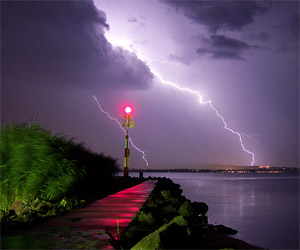