East-Central Europe’s largest tourism investment is being prepared by Gábor Széles.
One 160 - acre golf course, a 200 room hotel, a 9,000 – square – foot spa center and a Golfvillage consists of 400 villas, all  will have a place  in the Zala Springs project – said by Gábor Széles the owner of ’’ Magyar Hírlap (a Hungarian news paper). Of The 265 Million Euros-Investment now it is only a 35 Million Euro-Sum which is remained to be talked over with international investors. The Golf-course may be finished by next summer, although the actual inauguration of the entire facility is planned for 2016. The golf course was designed by the world’s largest engeneering firm. ’’That is why I believe that even Tiger Wood, the World Champion of Golf will also come to play at Zalacsány, and I would be very pleased to have him as a guest in our Hotel Mansion’’ - said Gábor Széles. The thermal centre will also be unique with her special multi-layered bathing houses of three different cultures: the Roman, Turkish and Finnish Baths,all there for the pampering of guests.
An Un-paralled Investment, nowhere else to be found in the World, that is what Gábor Széles-the owner of the Paper, the Hungarian News- has recently been up to. For Zalacsány is the first place ever, where a 160-acre Golf Course with a 200-room hotel a 9,000-srquare-foot Spa Centre along with a Golf-Village of 400 Living Units-Suites and Villas-will all be housed within her territory, in the framework of the huge Zala Springs Project. As soon as by next summer, the entire Golf-Course may be ready, notwithstanding the full accomplish- ment and handing over of this tremendous Investment is planned for 2016. 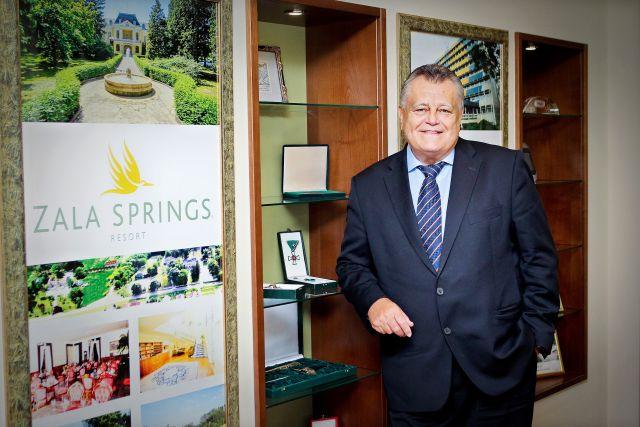 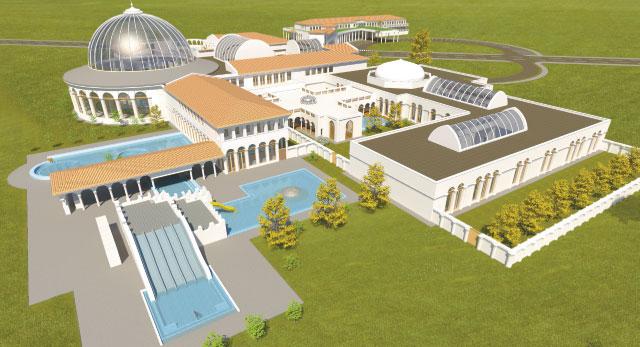 According to the contract constructors the practice field and 3 from the planned 18-stage courses will be finished in this year. Originally we fixed the date of delivery of the whole golf course for next summer, but the driving range and two out of the three phase-courses  are already finished. We agreed that  the 17th and the 18th-track sections there will also be constructed in this year.  Each stages of the elliptically-shaped track has to be ready to go by this year. Expectedly, by next spring, the entire course will have been finished. In this case, all of us can play on the 18-hole golf course in Zalacsány next summer. Hopefully,than our competitions will also be included in the 2015 Sport Calendar yet. I  hope that the Audi or Mercedes factory will organize golf trophies in Zalacsány,too.
- In What respects will the golf course in Zalacsány differ from other similar facilities  in the world?
I’ve modified the original hundred million worth project plans of the Irish. Instead of the thermal swimming pools I’ve planned a thermal center, and doubled the numbers of villas and apartments. The proposed five-star hotel will have 200 rooms instead of 100. If I know well, the largest thermal bathing of the world which has just been built in Dubai, and is  8000 square meters in size . Our thermalcenter will be 1000 square meters bigger.
-Why is this necessary?
Zala Springs will be unique with her special multi-layered bathing houses of three different cultures: the Roman, Turkish and Finnish Baths,all there for the pampering of guests.
-How much will all these cost?
We talk about an EUR 265 Million investment project now, there are investors who operate hotels in China, in America and the Arab world. I hope that these negotations will be completed soon, after which we have to deal only with constructions. As soon as we are agreed,the five-star hotel and spa foundation works can begin. Independently we will start the development of private resources. The infrastructure has been placed (water, electricity, gas, water). I would like to complete all work and we could deliver all the property in the summer of 2016. The installation will have a big impact on the region and across on the country’s tourism.